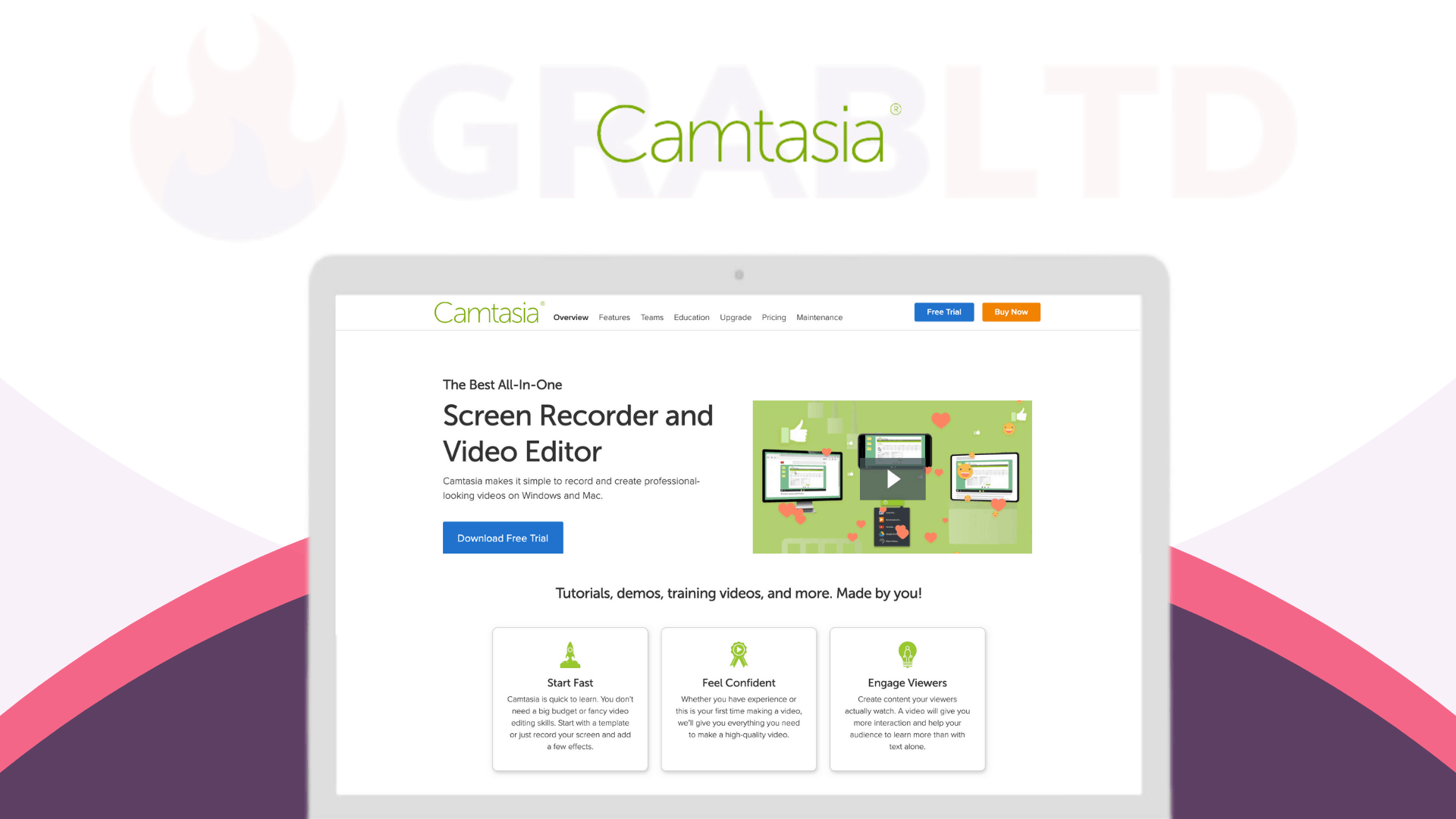 If you’re creating training videos, you’re probably looking for all-in-one video editing software. Software that can record your screen, is simple to use, and has a robust library of effects built-in.

Camtasia by Techsmith is a simple, all-in-one video editing and screen recording software program. Built with beginners in mind, Camtasia allows designers to create professional training videos quickly and efficiently. It is available for both Windows and MacOS.

This latest version introduced 8 new main features over its predecessor, including:

In a nutshell, Camtasia 2021 adds some much needed video and audio effects to the video editor, as well as some performance improvements. 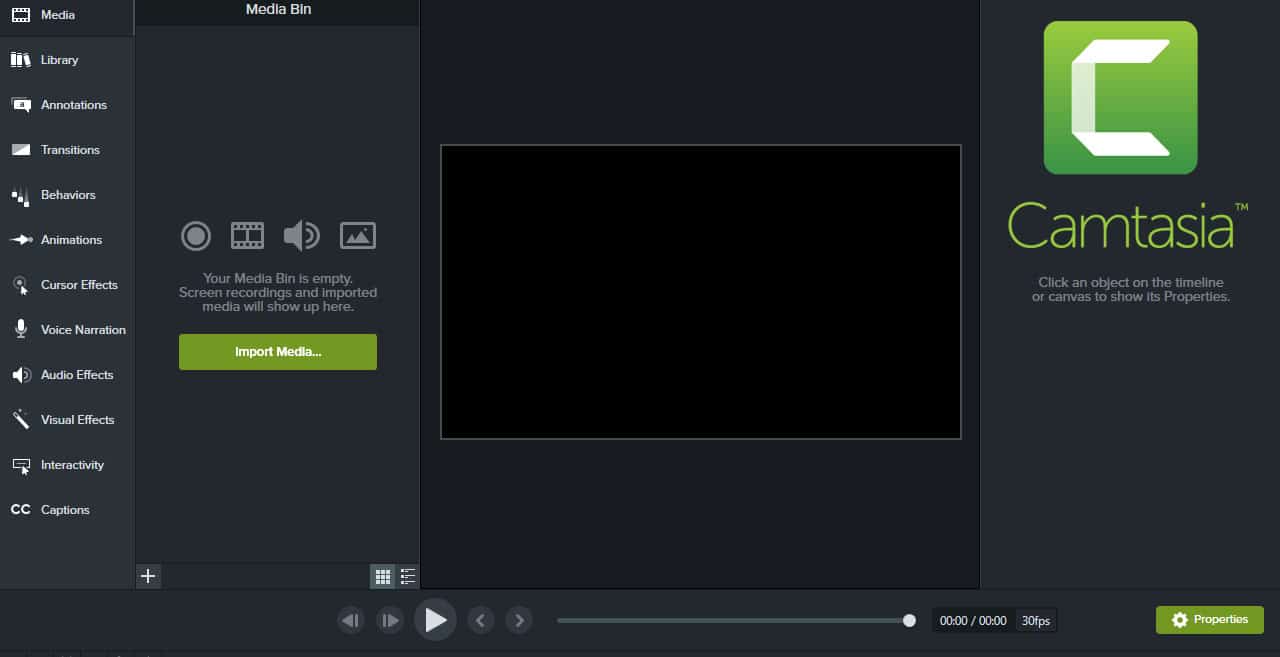 The standout features of Camtasia are:

I’ll now go over each of the above features in a bit more detail.

Recording in Camtasia is controlled with the simple Recording Toolbar, which pops out of the software. Note, the Toolbar has been simplified even further in the latest version of Camtasia.

All that is required is that you select the area you want to record and your recording inputs (camera, microphone and system audio).

You can, of course, capture and record your full computer screen.

Alternatively, if you only want to record a selection of your screen, you can do so. You simply draw a grid around what you want to record and only the content inside the grid will be captured.

I use this feature often when I want to create a GIF of something. Instead of making a super large GIF of the whole screen, I only capture what I need.

If you’re creating video tutorials, then annotations are really useful to use to make your videos easy to follow.

There are 6 categories of annotations to use:

Callouts are a selection of arrows and speech clouds that have text inside them. These are useful to add key messages onto videos and to highlight regions of interest.

There are different arrow and line styles to use. These annotations are great to use when wanting to emphasize movement on-screen.

Shapes are exactly that; a selection of different shapes, including rectangles, stars and triangles.

The blur and highlight capabilities are handy when you want to block out part of a screen, for example, if your video involves you entering your email address, you can easily blur this out.

Sketch motions are the annotations I use the most when I create video tutorials with Camtasia. These are a selection of arrows and shapes that automatically animate as if they were being drawn.

Finally, there are keystroke callouts available. So, if you state to use a keyboard shortcut in your video, you can show the keys on the screen. Just simply tell Camtasia the shortcut you want.

Camtasia has quite a lot of video, audio and text effects that can be easily dropped onto the piece of media on the track.

I’ll now go over each of these effect types.

There are 13 different video effects that you can use in Camtasia, these are:

The device frame visual effect is pretty slick. Simply drag the effect onto the clip and choose from an existing frame, such as a desktop, iPhone or laptop. Then watch as your clip is perfectly positioned inside the device.

As well as video effects, Camtasia also has a few audio effects that can be easily dragged onto an audio track.

There are 6 different audio effects available within Camtasia:

Get a lifetime deal to Camtasia now! 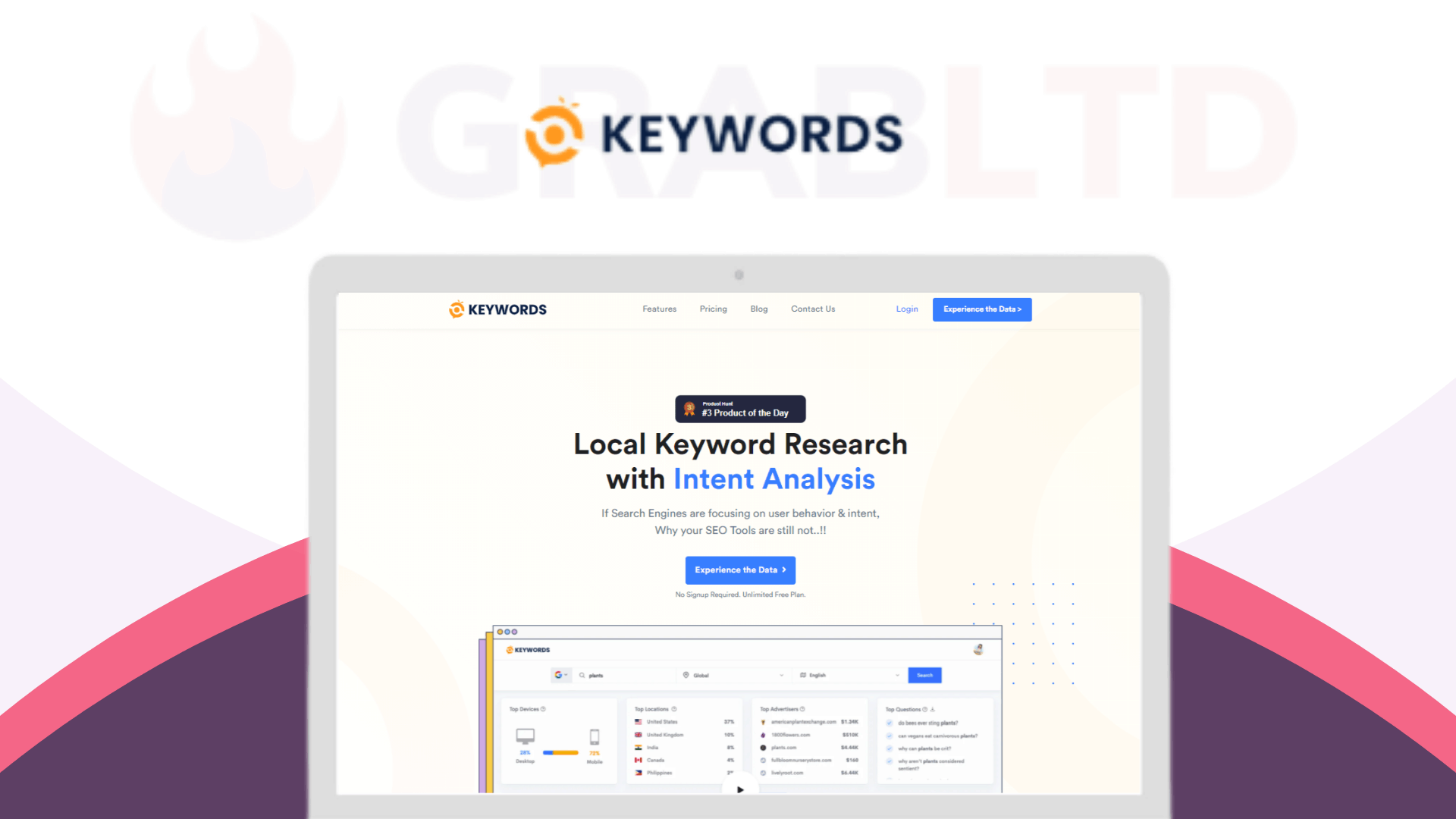 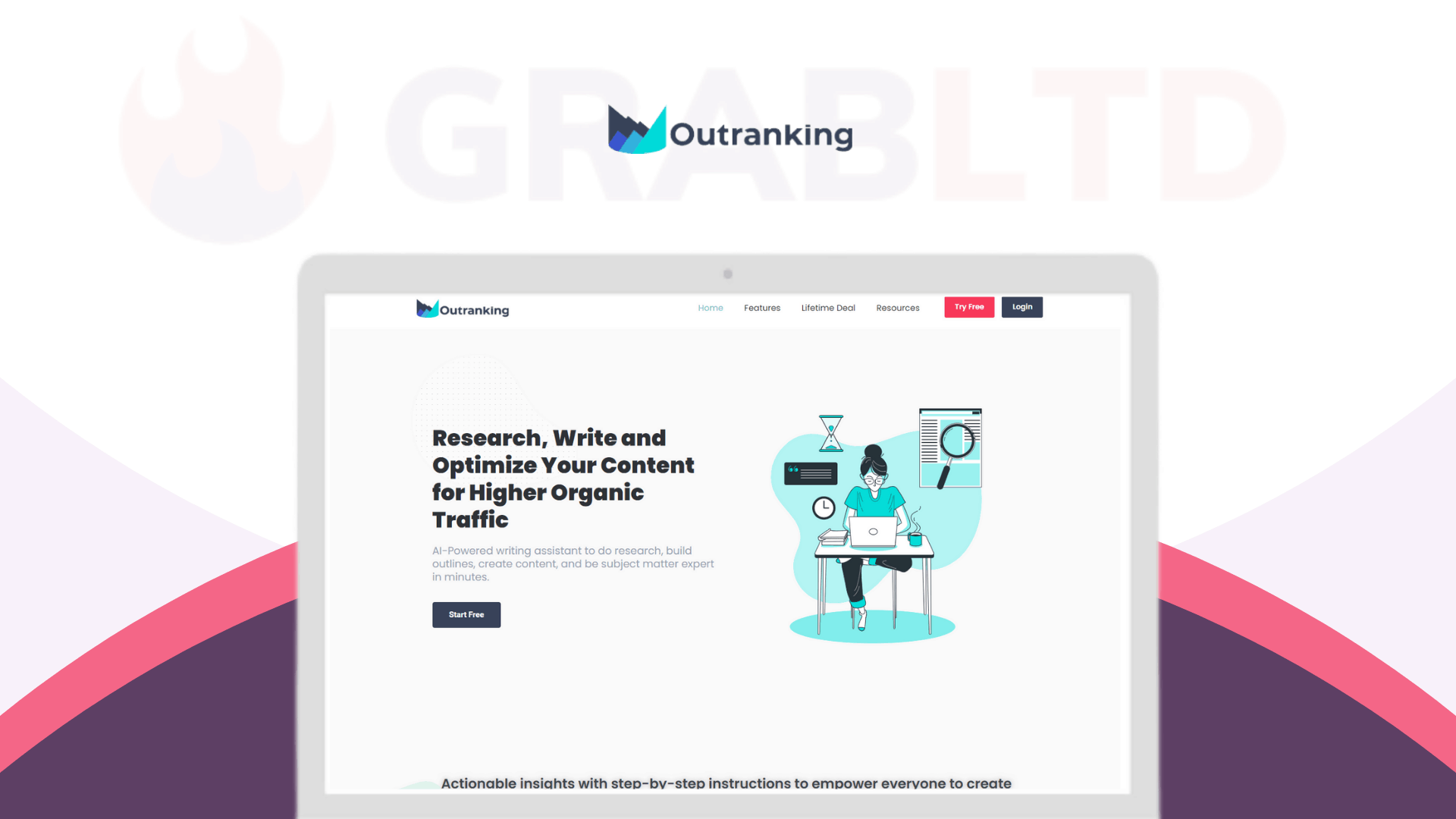 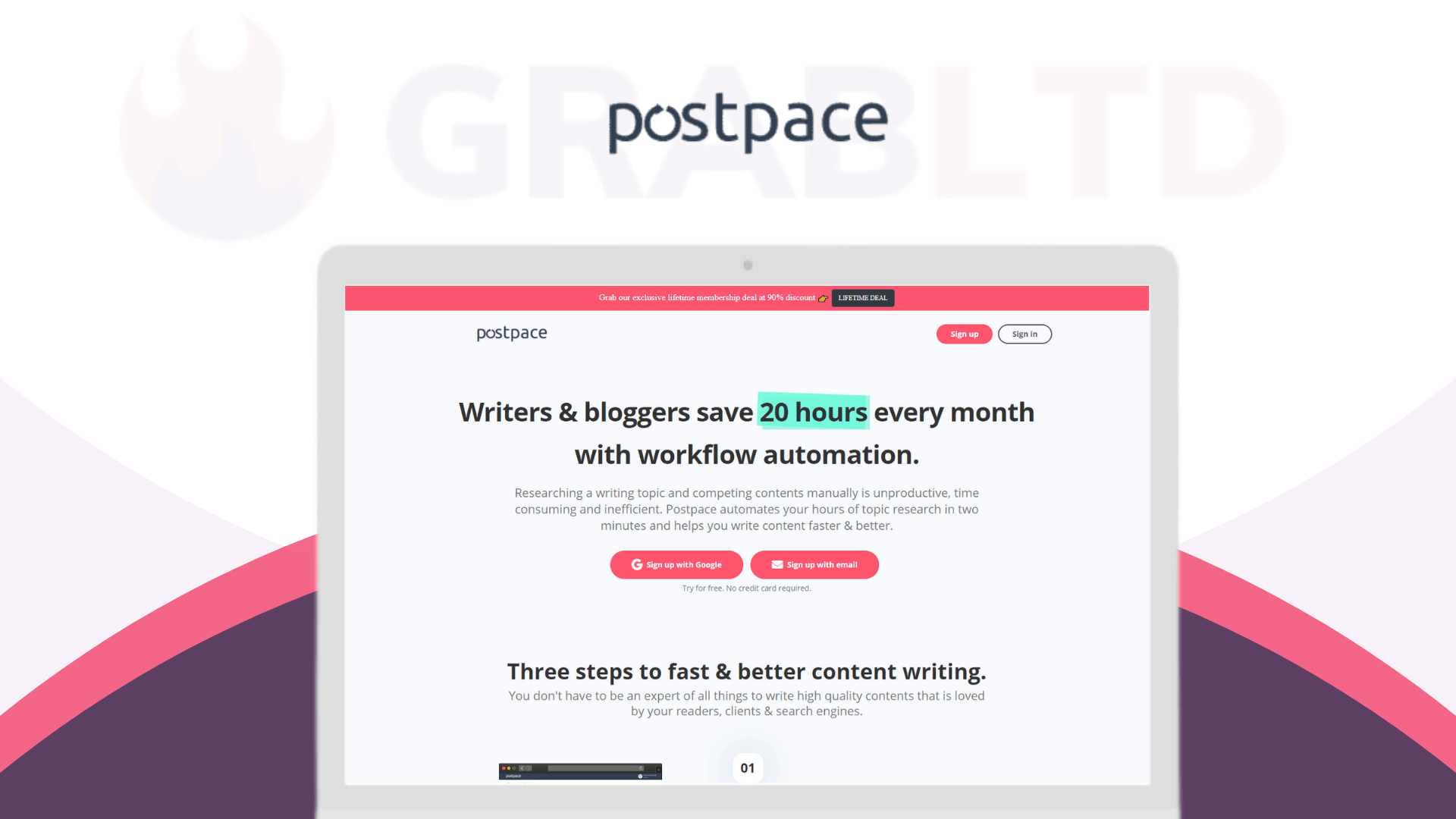 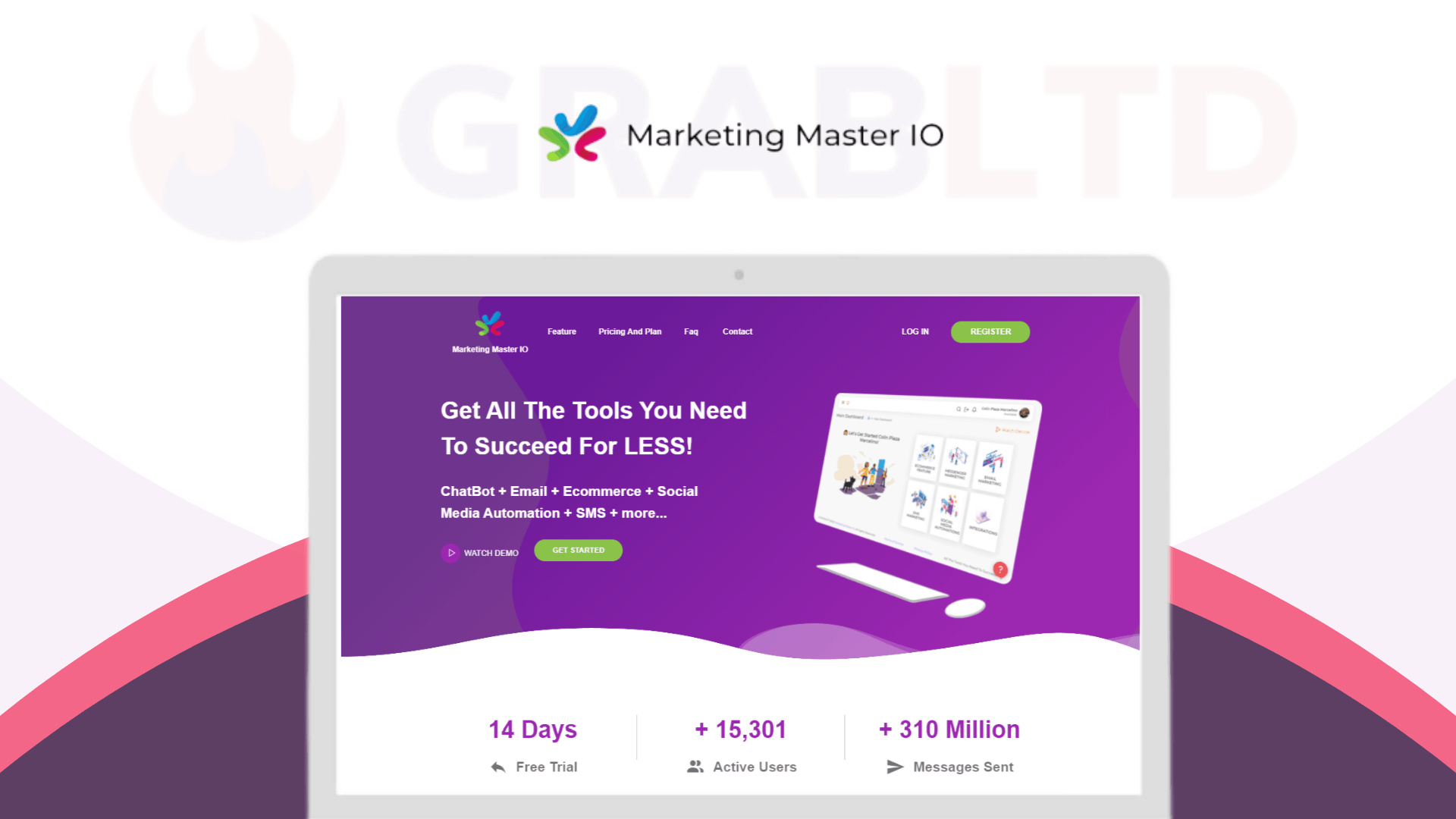 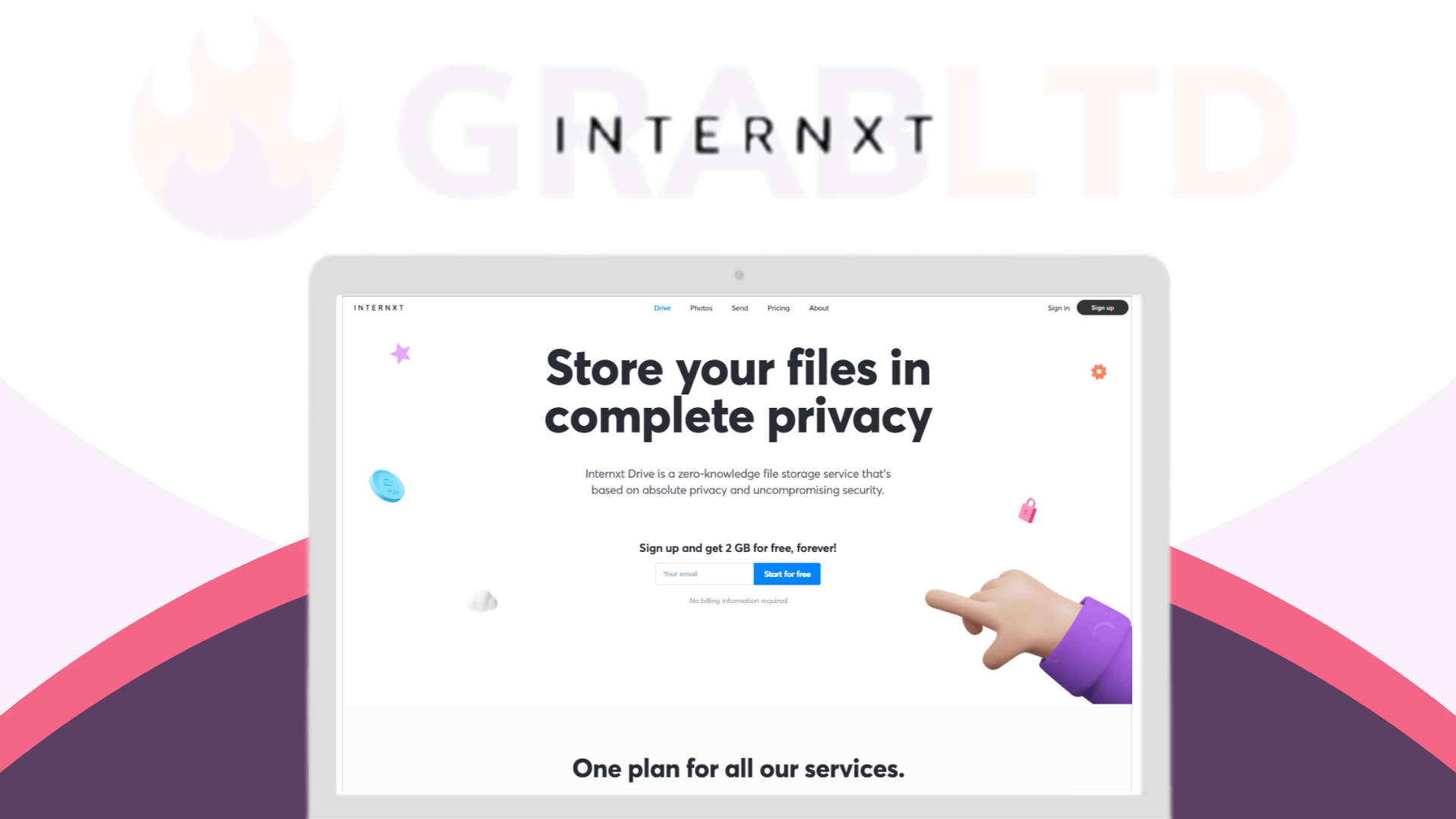 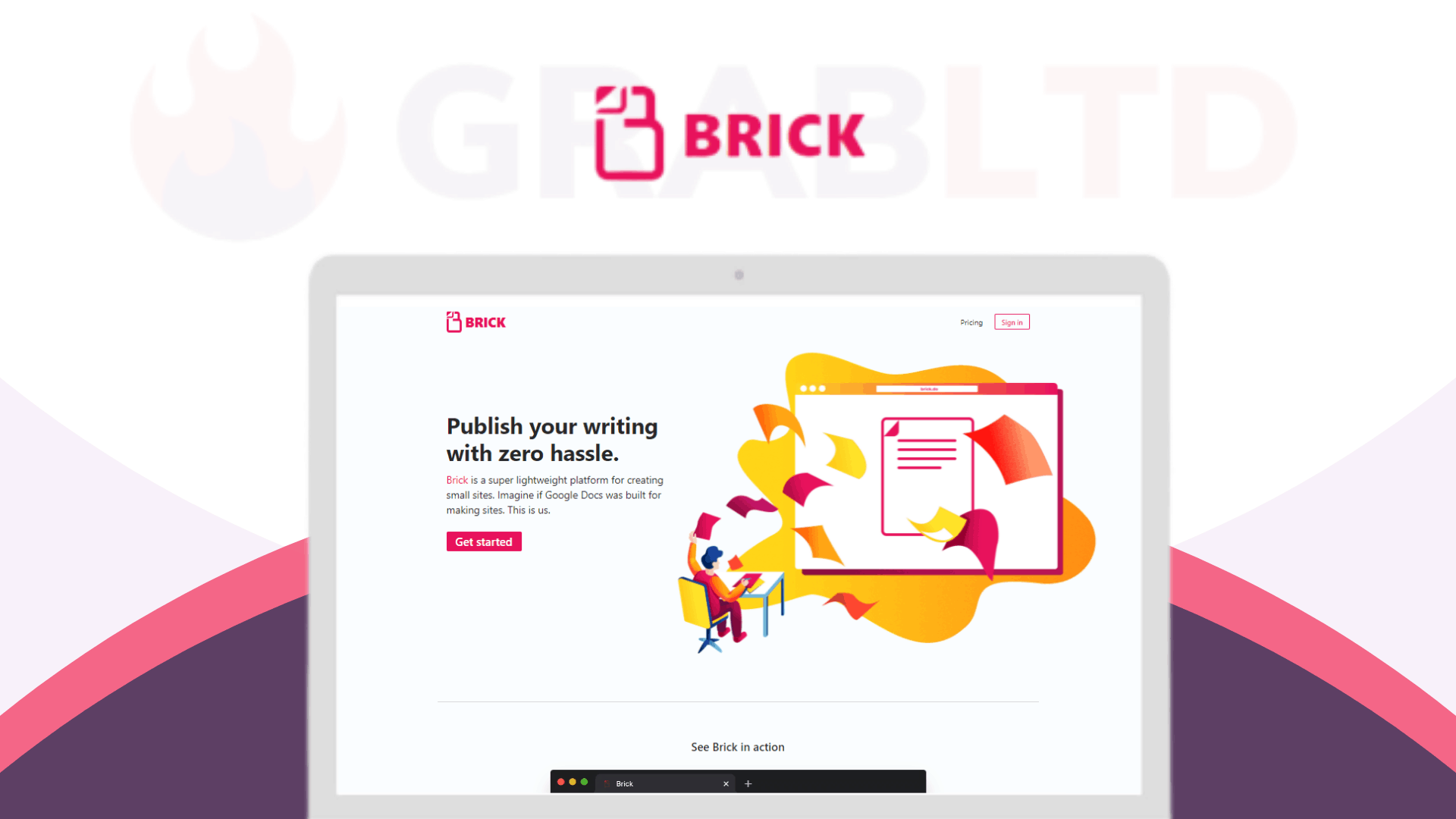 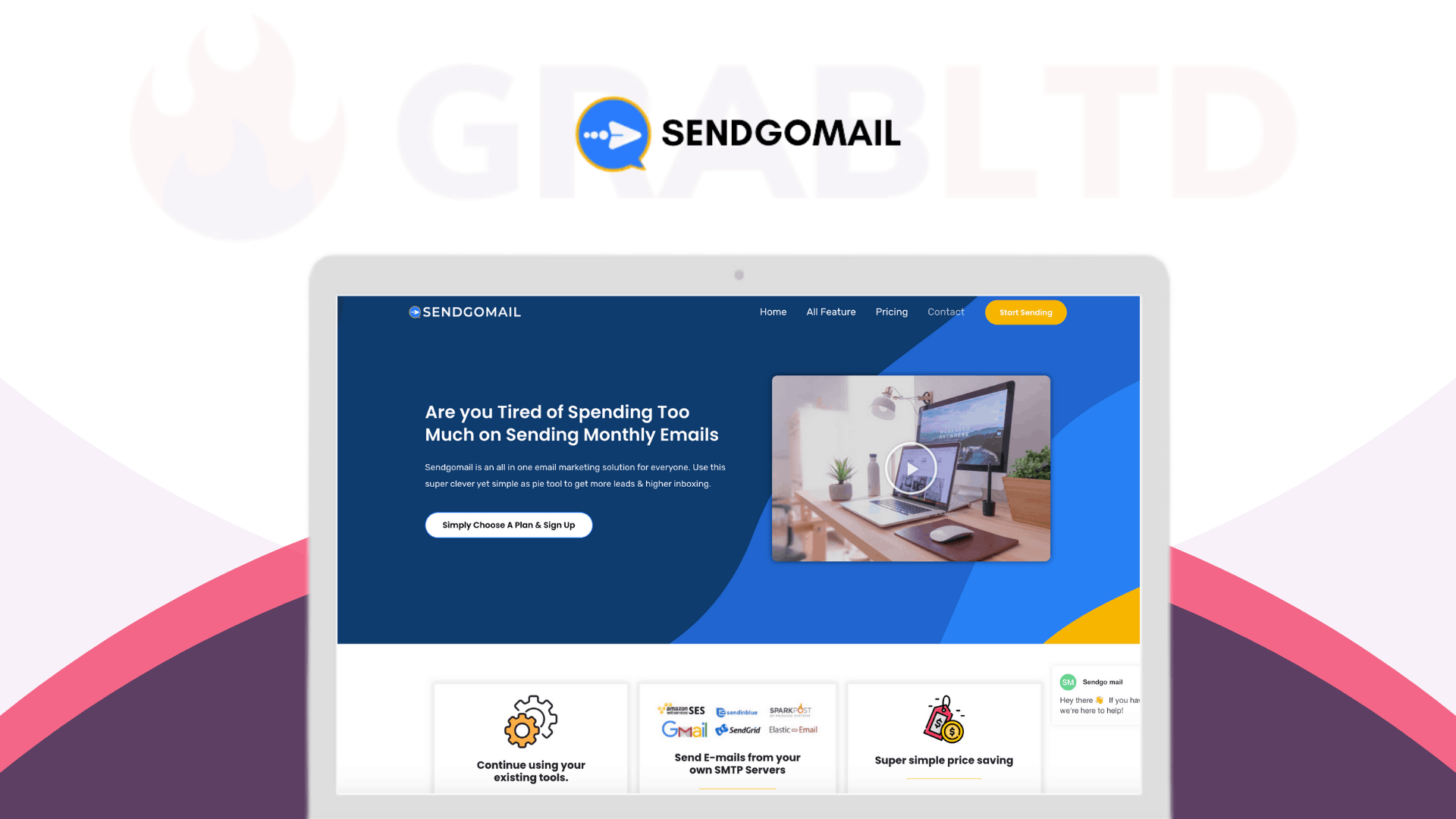 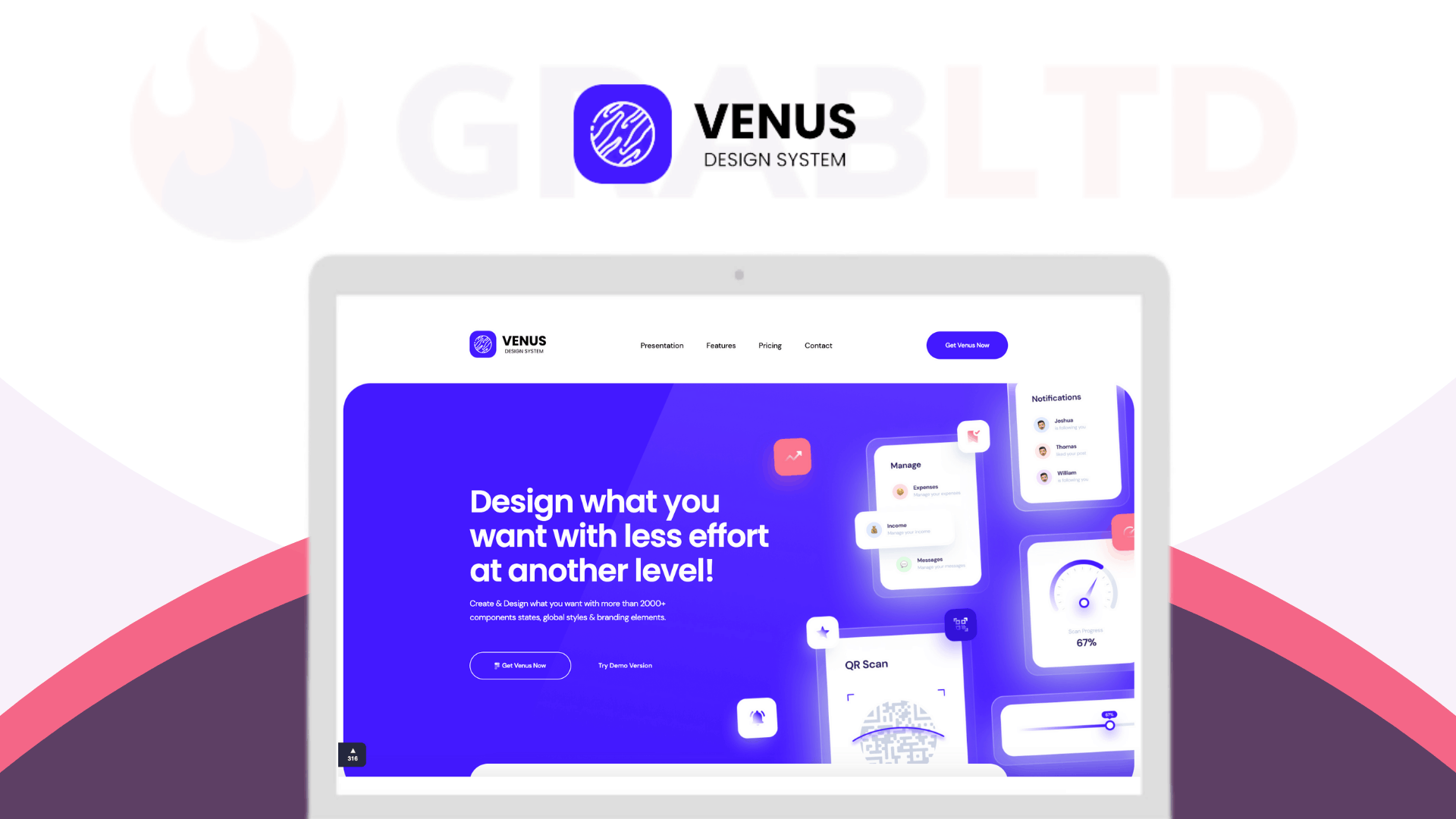 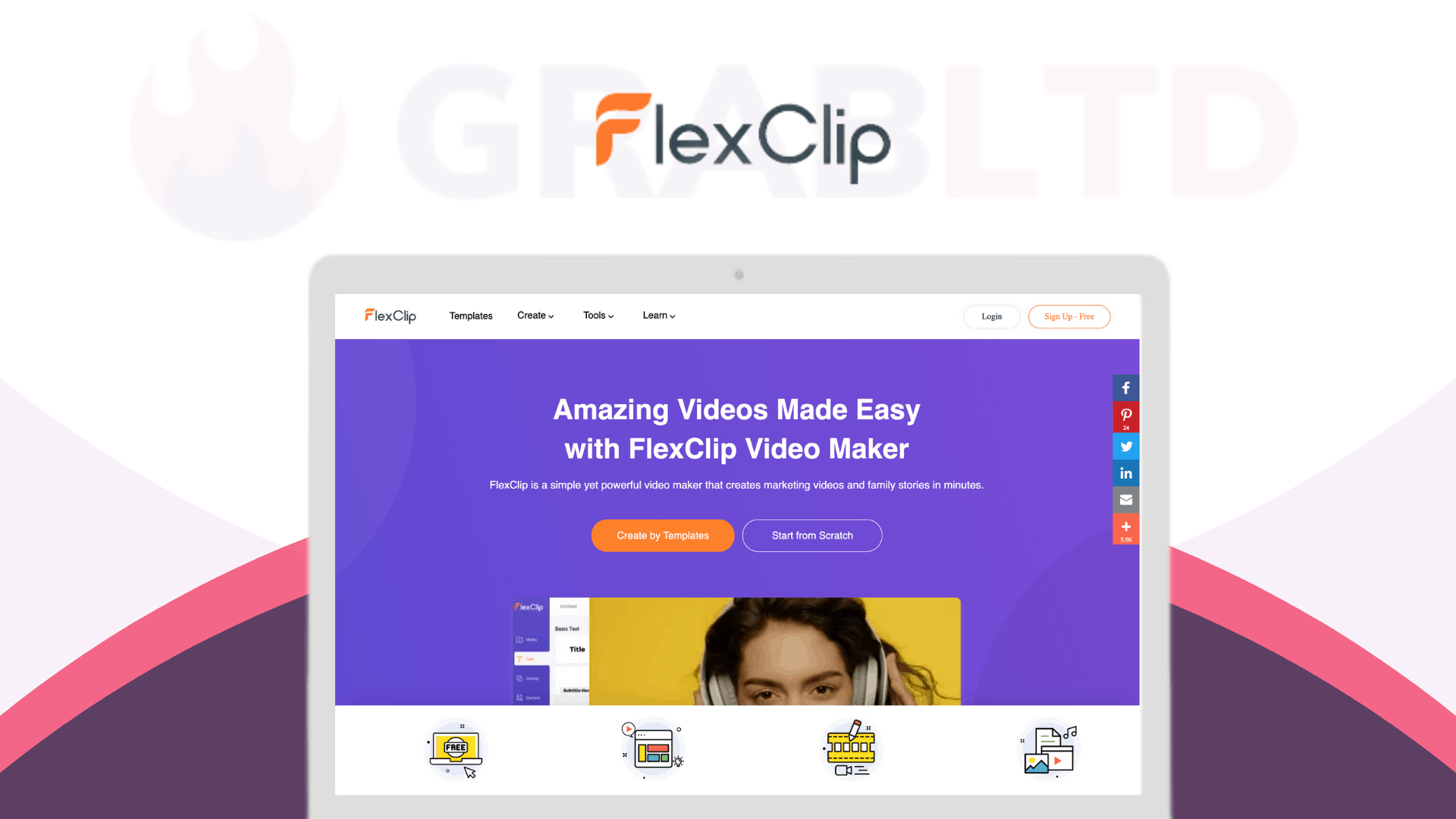 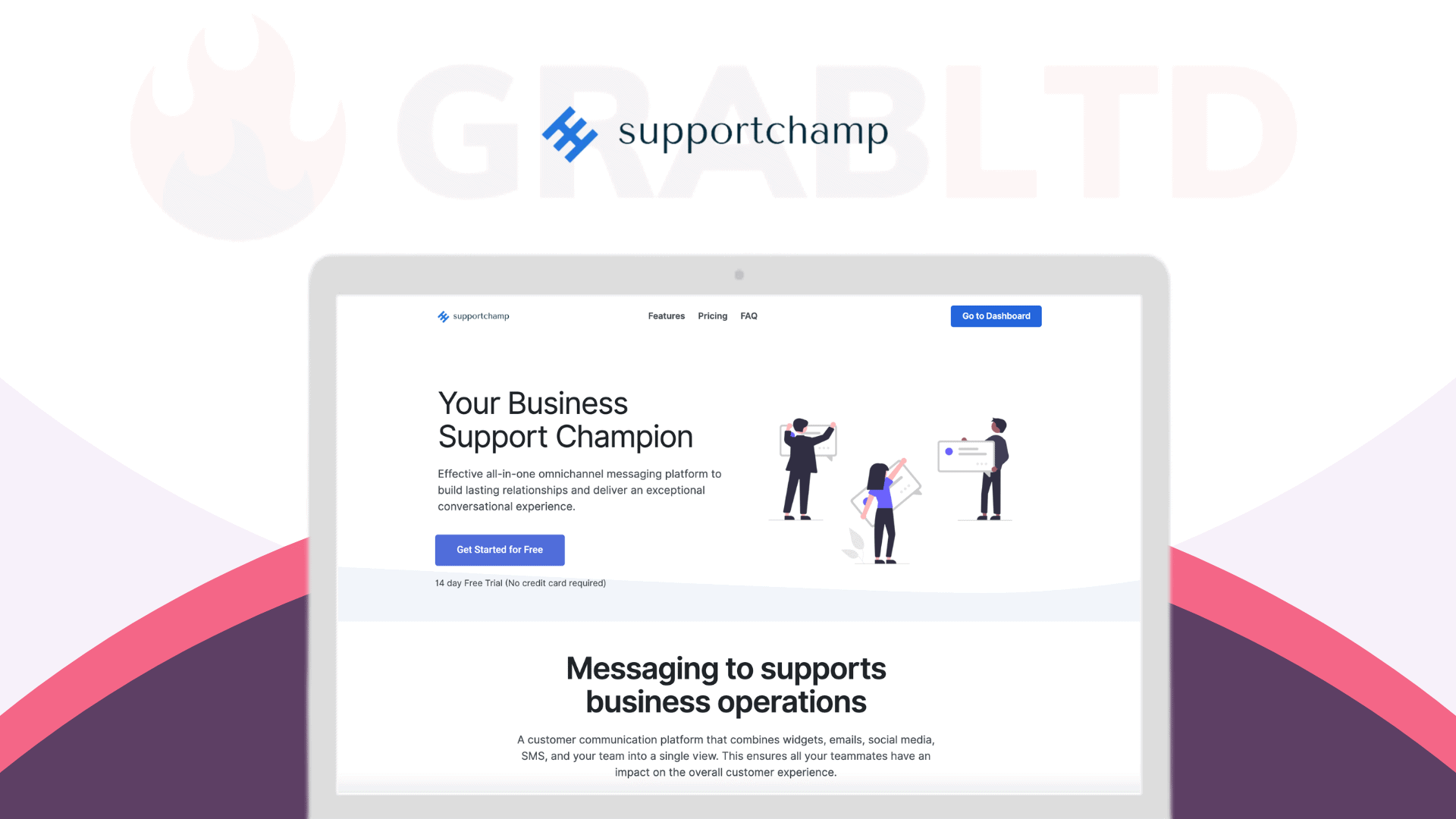 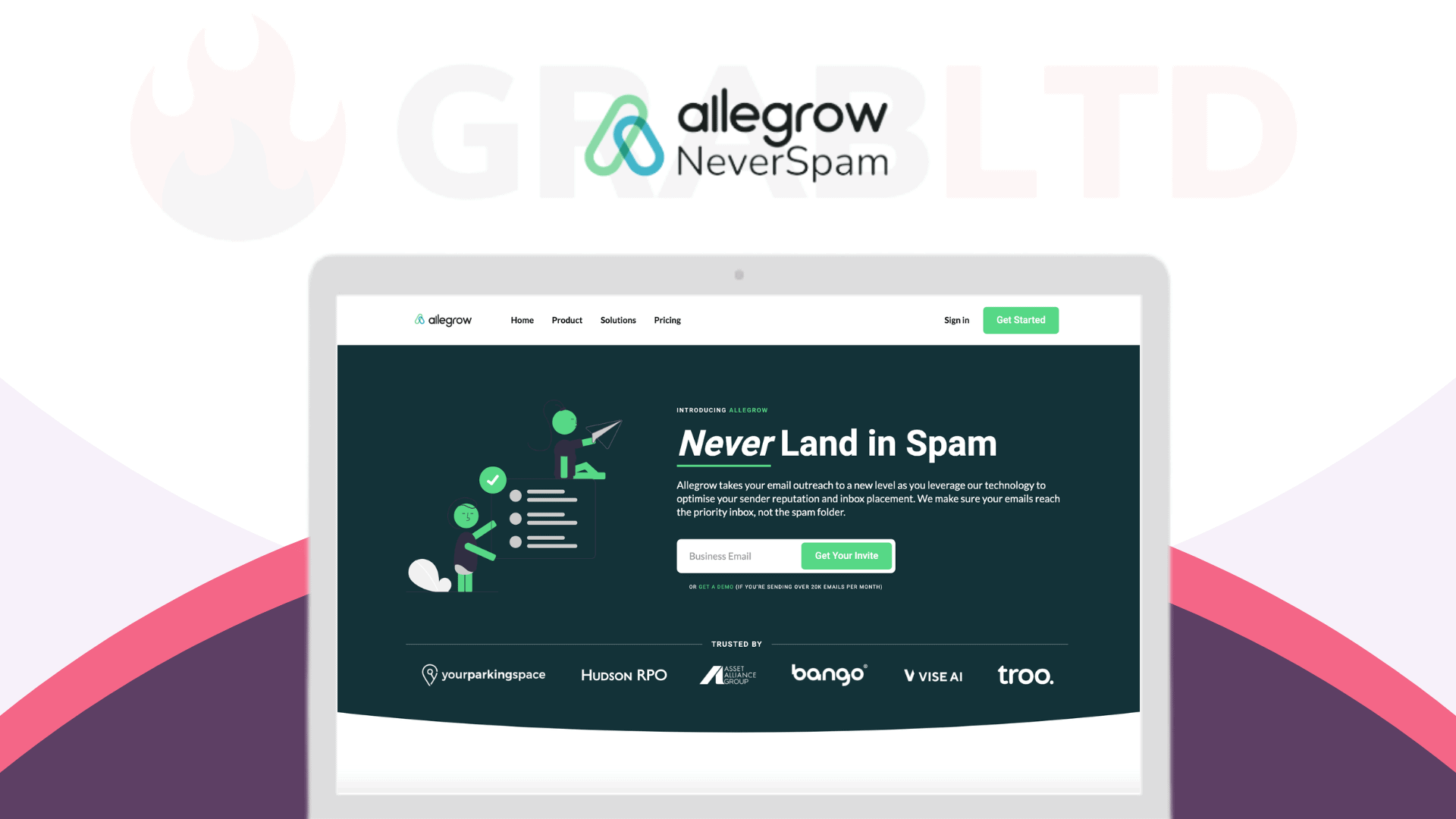 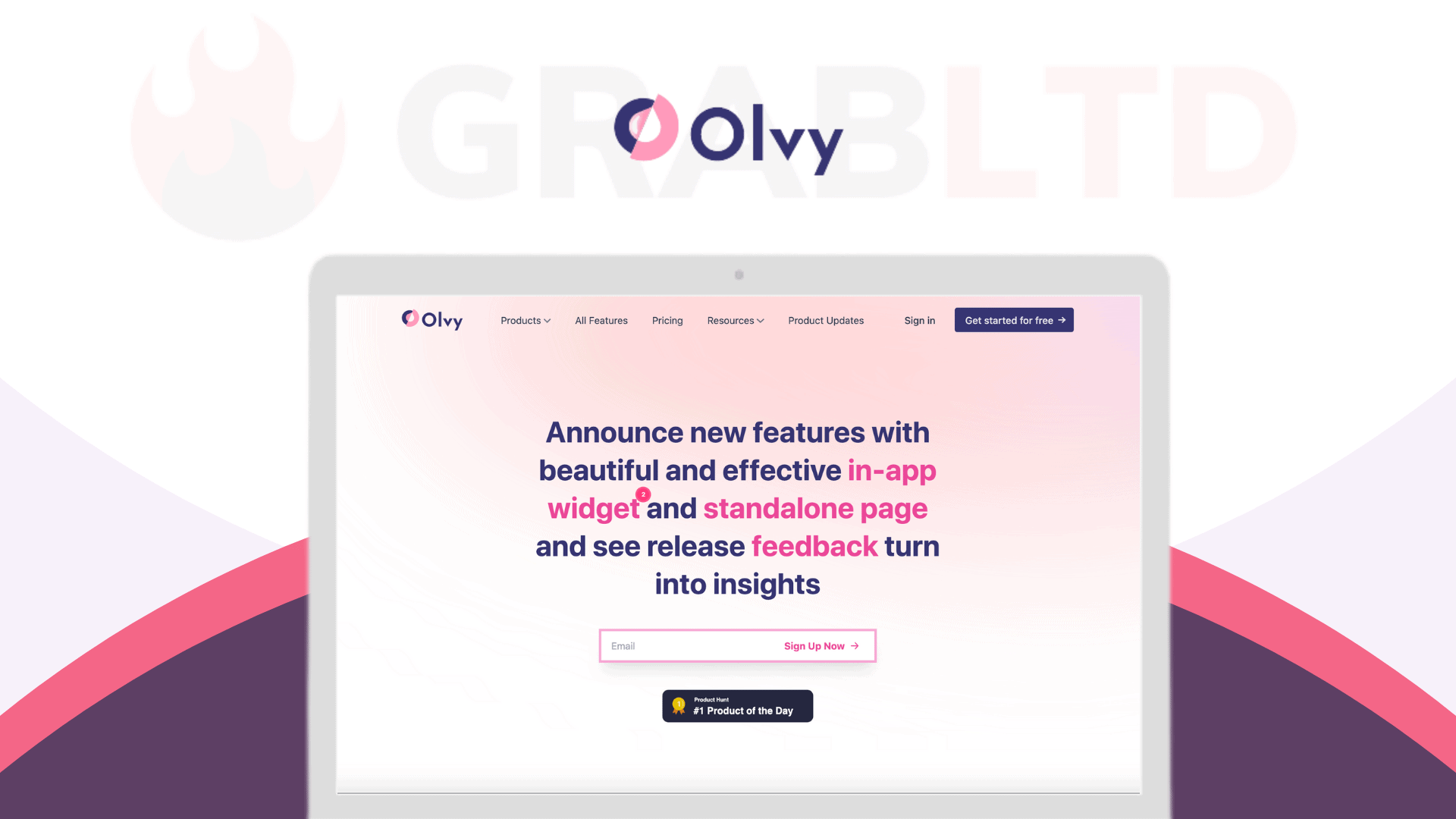 The market for SaaS products is exploding, and there are so many, seemingly great, products to choose from. So, to save you time and money we’ve got checks that you can do to ensure that you buy these lifetime deals that have the best chance of being around for the long term.

Looking to save money on useful software you can use to grow your online presence? We’ve shortlisted the best software lifetime deals all at one place. On this page, you’ll find active offers from all of the top deal sites including Techlofy Shop, PitchGround, SaaS Mantra, DealMirror, Dealify, DigitalThink, Saastronautics, AppSumo and more..